Campaign for International May Day Rally: workers and youth denounce militarism and war

Members of the Socialist Equality Party (SEP) and the International Youth and Students for Social Equality (IYSSE) in the US have begun campaigning for the rally, speaking to workers and youth about the danger of war and its connection to social inequality and the assault on democratic rights. 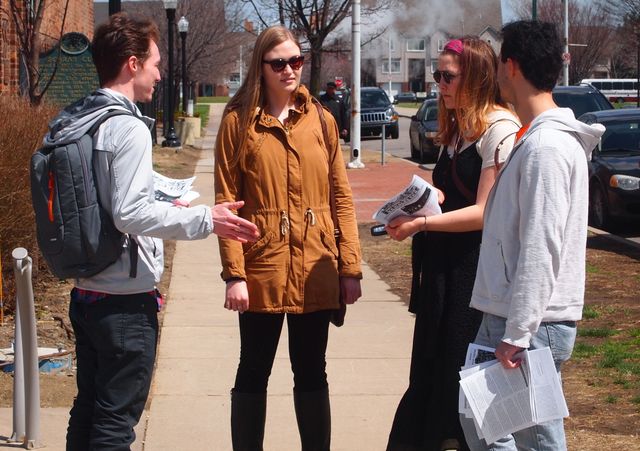 SEP campaigners at the Detroit Institute of Arts

Over the weekend, campaigners distributed flyers and leaflets outside of the Detroit Institute of Arts (DIA) and Wayne State University (WSU) in Detroit, Michigan. They encountered widespread hostility to war, which is nowhere expressed in the political establishment or the mass media.

Theresa, a 21-year-old business major at WSU and a retail worker, said, “It seems like new wars are starting everywhere. People talking about a third world war a lot. Suddenly there are new wars in Nigeria and Yemen? Where does it end?”

“The media wants us to think this is about religion,” she added. “They try to convince us that Muslims are just animalistic, that they just want to kill people. Of course they don’t mention that these people are forced to live in refugee camps, in the worst situations, under a constant stream of missiles.

“My feeling is that it is about money, oil, but also about power, manipulation, control. The US wants to own the entire world,” Theresa said.

Leading academics and government-funded research institutions play an important role in justifying the war agenda of the US ruling class, an IYSSE member said. Theresa agreed that the university favors a climate of political conformity, and that most professors do not raise theories that challenge the official justifications for war.

“The government, the powerful want us to have a certain type of education. Education is overly formalized, and important truths are filtered out, I think. There are many realities about what is going on in the world that are intentionally kept from us,” Theresa said.

Campaigners discussed the connection between war abroad and police violence and inequality within the United States. “The police can just kill you because you come from a certain socio-economic background. Stealing cigarettes from a gas station is no reason to kill someone,” Theresa said, referring to the killing of Michael Brown in Ferguson, Missouri.

“I’ve seen a lot of anger against police on social media, the killings are clearly stirring up opposition. People have so much anger built up,” she said. 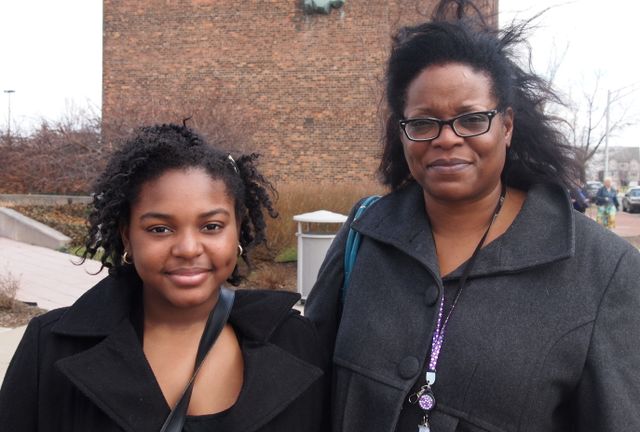 Outside of the DIA, SEP supporters spoke to Heather, a medical worker at St Johns Hospital. After a discussion about the relationship between war and the attack on the working class, Heather commented on the recent bankruptcy of Detroit and connected the attacks on Detroit retirees to the social cuts being imposed on Greek workers by the European banks and the International Monetary Fund.

“Now everyone is feeling the pinch, worldwide. People voice opposition, but it’s difficult to know what to do without anyone trustworthy to provide leadership. Any politician in this system is going to be controlled by the big money, both here as well as in Europe. Many are beginning to see that,” Heather said. 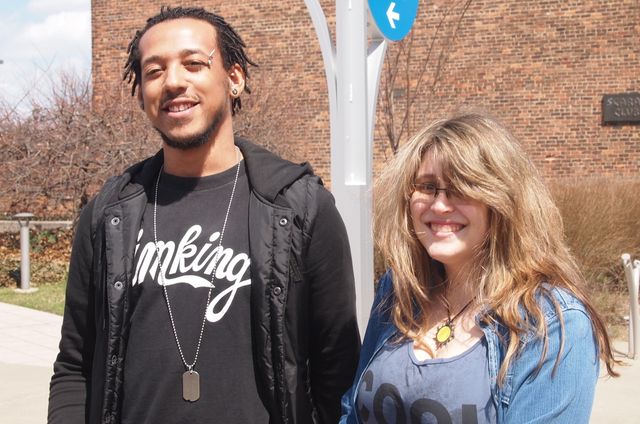 Kevin, a student at Schoolcraft College, said he supported the fight of the SEP against the danger of new imperialist wars and expressed interest in the May Day rally.

“I have a lot of friends in the military who have been sent overseas. They say the fight is not worth it. It would be a lot better if we were being told the truth. Ultimately, I think it is about control of oil. It is always about the economic interests of the rich. And that is true everywhere you go in the world,” Kevin said.

“At the same time there is no money coming here. I think what they are doing to the city of Detroit is a disgrace.”

Reclaim the revolutionary traditions of May Day! Fight for social equality! Defend democratic rights! Stop the drive to war! For the international unity of the working class!

To mark International May Day 2014, the International Committee of the Fourth International (ICFI) and the World Socialist Web Site are organizing a global online rally against inequality, dictatorship and war. We urge all workers and youth to register today to participate in this unique event, which will feature speakers from all around the world addressing the basic problems that confront humanity.

Donate to the WSWS